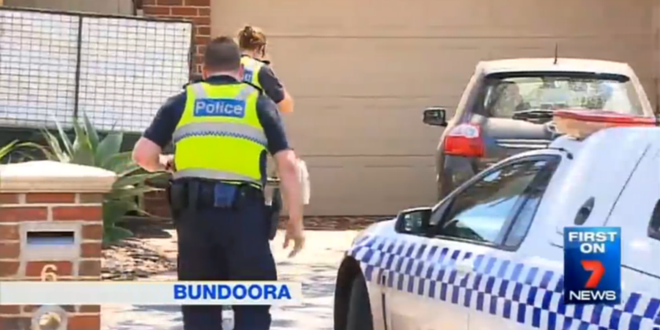 FIRST ON 7: A family home in Melbourne’s north has been raided as the Health Department cracks down on illegal solarium businesses in the suburbs.

Four sun-beds were installed in the garage but the operator insists he’s not breaking the law because he’s not being paid by his clients.

A surprise convoy of Health Department officers and police sprang into action their message loud and clear.

The house has been under surveillance for months over suspicions an illegal sun-bed operation was being run inside.

When the garage door came up, all was revealed. Four sun-beds jammed inside in what the government says is a dangerous black market.

The camera-shy occupants formerly owned a solarium business in Heidelberg, but when solariums were outlawed for commercial use in January, they set them up at home.

Neighbours have noticed extra traffic with customers going in and out of the property.

Operator Jason Zahra told 7 News he offered them for free to his 45 best clients, but never accepted money, so he’s done nothing illegal.

When asked who paid his power bill, he said he’s yet to receive the first one since the machines were installed.

Health Minister Jill Hennessy added; “Do not try to run an illegal solarium business cos we will come after you.”

Health Department officers are monitoring other houses around Melbourne that are suspected of running illegal solarium businesses and they’ve raided several in recent months including houses in Richmond and Greenvale exposed on 7 News in August.

None have been charged but investigations are continuing.