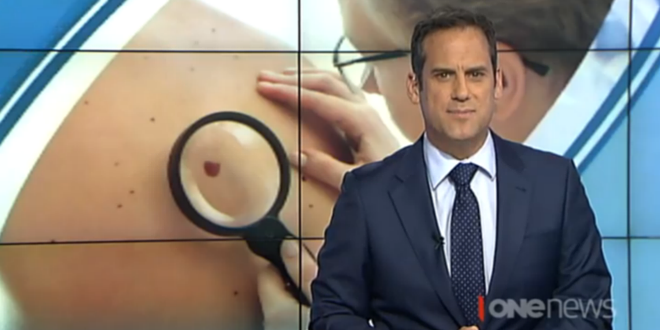 Report by Andrew Morrison for ONE News | www.ONENews.co.nz

A study of 3000 people shows those with 11 moles on their arm are likely to have more than 100 on their body, meaning they have five times the normal risk of melanoma.

Cancer Society New Zealand Medical Director Chris Jackson says it can be challenging to tell the difference between a mole and freckle but recommends if people have any doubt they should see a doctor.

“The key message is if you’ve got a changing lesion on your arm, or anywhere on your body, you need to get it seen by a specialist because melanoma can kill,” he says.

People should look out for irregular, bleeding or itchy spots on their bodies and use sun safe practices as summer approaches.

Around 90 per cent of people who die of melanoma would still be alive if their melanoma was detected early, melanoma cancer survivor Jeremy Burfoot says.

“It was in the middle of my back, I just looked in the mirror and it appeared… it hadn’t been there before and so I got it checked,” he says.

Melanoma cancer kills 300 New Zealanders every year, with 11 people diagnosed with the cancer every day.