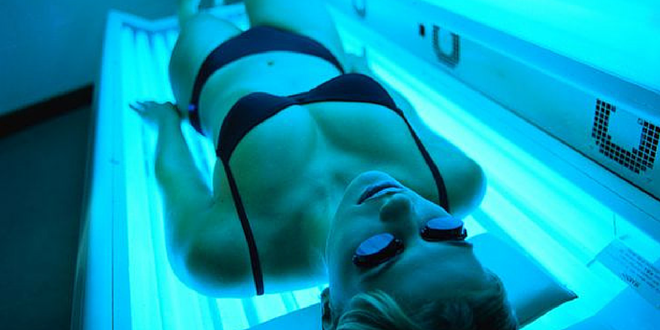 Sunbed Ban For Under-18s In Auckland

Article by Martin Johnston for The New Zealand Herald | www.nzherald.co.nz

Auckland Council’s bylaw to limit harm from commercial beds in force from today.

Auckland has become the nation’s first city to ban under-18s from using sunbeds.

Commercial sunbed operators are banned from today unless they obtain a licence from the Auckland Council.

The council’s sunbed bylaw, New Zealand’s first, comes into effect today. It is aimed at limiting the harm of commercial sunbeds and includes a ban on giving the treatment to people aged under-18.

A council spokeswoman said last night that licences had been issued to more than 40 sunbed operators – and 300 nail bars. As well as indoor tanning, the bylaw covers tattooing, body piercing, hair removal and nail services.

The International Agency for Research on Cancer has classified tanning devices that emit ultraviolet radiation as a cause of cancer in humans. Its analysis shows the risk of melanoma, a form of skin cancer, is increased by 75 per cent when the use of tanning devices starts before age 30.

New Zealand has one of the world’s highest rates of melanoma with over 300 deaths each year.

“It is great to see Auckland Council leading the way for the rest of the country with the introduction of this bylaw,” said Cancer Society Auckland chief executive John Loof.

“Sunbeds are dangerous and unnecessary and they significantly increase the risk of melanoma, the most serious form of skin cancer, and the risk of developing melanoma at an early age”.

He urged the Government to follow Australia and ban commercial sunbeds completely.

The country has been slow to follow the international trend of prohibiting people under 18 from using tanning beds. The Government last year promised to introduce an under-18s ban, but the measure has been delayed.

The Cancer Society’s Auckland division said such bans were in place in parts of the United States and Canada and in 14 European countries. Brazil introduced a total ban on solariums in 2009.

Outside the Auckland region, New Zealand sunbed operators are asked to comply with only a voluntary standard, which states that people under 18 and those of any age with fair skin should not be treated.

“The new bylaw encourages best practice … A code of practice also sets minimum standards that must be complied with, reducing potential risks to public health. The public should also look out for evidence of qualifications.”

The code requires sunbed operators to explain the risks to customers and display warning notices.

Header image: Auckland is the first city in New Zealand to ban sunbed use by under-18s. Photo: Getty Images.

Previous Beautiful You Australia 2014
Next MoroccanTan Wash And Wear Times