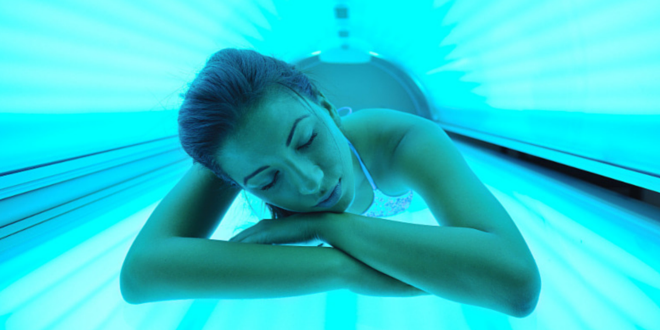 Article by Patrice Dougan for NZME. / published in The New Zealand Herald | www.nzherald.co.nz

Undercover surveillance of tanning salons has found nearly half failed to implement key safety checks, a new study has shown on the day Parliament rejected a ban on sunbeds.

Despite pleas from organisations including the Cancer Society and Consumer NZ, Parliament’s Health Committee yesterday rejected a move to ban UV tanning services, instead opting to limit their use to those aged over 18.

It comes as a Consumer NZ mystery shop uncovered more than 40 per cent of the 60 sunbed operators it visited failed to implement basic safety checks, such as checking a customer’s age, asking them to sign a consent form, and providing information on the dangers of UV exposure.

One operator allowed a 14-year-old to use a sunbed, in contravention of the industry’s voluntary standard of restricting use to those over 18.

Consumer NZ chief executive Sue Chetwin said the results showed regulation of the sector was needed, and called for a total ban on tanning beds.

The Health Committee’s restriction was not tough enough, she said.

“We support the Bill but don’t think it goes far enough. We want to see a total ban on sunbeds and are disappointed the Health Select Committee didn’t endorse this,” she said. “Although this year’s survey has shown an improvement in compliance with the voluntary standard, many operators are still not complying with key safety criteria. Restricting sunbed use to people 18 and over won’t remedy the problems we’ve found.”

Under the voluntary standard, people using a sunbed should be given a consent form to sign that checks their age, spells out the risks of sunbed use, makes clear who’s at high risk and emphasises the importance of wearing protective goggles.

Meanwhile, 12 operators did not display all the warnings recommended as standard, to advise customers of the dangers of UV exposure and warning specific groups about their higher risk.

Ms Chetwin said 12 operators displayed a poster that contained claims that implied sunbed use was beneficial.

“Sunbeds are not a safe way to tan or boost vitamin D levels. We’ll be making a further complaint to the Commerce Commission.”

Some countries have already banned sunbeds. By the end of 2015 most Australian states will have banned solariums. Brazil introduced a ban in 2009.

The Health Committee’s report on the Health (Protection) Amendment Bill said: “We are satisfied that the bill as introduced would protect the vulnerable under-18 age group and allow adults to make informed decisions about sunbed use in an environment of improved operator compliance.”

Labour health spokeswoman Annette King said the select committee had not heeded the advice of numerous health professionals, and branded the Ministry of Health “too gutless” to back a ban.

Melanoma New Zealand – formerly the Melanoma Society – said it was unhappy with today’s decision, and vowed to continue to push for a total ban on sunbed use.

“We put in a submission to the Health Select Committee for a complete ban on sunbeds, so we’re not very happy with the outcome,” chief executive Linda Flay said.

The Consumer NZ investigation showed why tougher regulation needed to be in place, she said, as compliance to the voluntary standard was “very poor.”

There was no regulatory body overseeing the proper use of sunbeds and sunbed operators, she said, with Auckland Council the only local government body to regulate use within its area.

“There’s no national [body], they’re purely voluntary standards,” she said, later adding it would be “correct” to say there was no regulatory oversight into the purchase or operation of tanning beds. “It will be interesting to see what will happen with the under 18 ban – how is that going to be monitored? Because unless it’s monitored you don’t really know whether it’s been effective or not.”

Asked if she had faith the new legislation would be adhered to, she said: “Not a lot.”

The health committee had fallen short of what it could have imposed, she said.

“I think they said anyone of 18 and above could make their own informed decision, but our belief is that people aren’t informed adequately about the dangers of sunbeds.
One of the comments made today was that someone was using it for 10 years and had no problems, therefore it’s fine, and that they’re safer than going in the sun – they’re actually not. And we know from the surveys that were done and looking at exposures, here and internationally, that a lot of sunbeds were emitting three to 12 times the UV exposure from the midday sun, so they’re certainly not safer than being out in the sun.”

Sunbeds increased the risk of melanoma and other skin cancers, she said, had “no health benefit whatsoever,” and did not boost vitamin D levels.

Melanoma NZ would “absolutely” continue to push for stronger legislation, she said.

“We’re not happy with this result at all, and we won’t leave it there.”

Consumer NZ and the Cancer Society call for outright ban on sunbeds.

Previous NZ Beauty Expo 2015
Next Supermodels, Solariums And The Rise Of Sunless Tanning