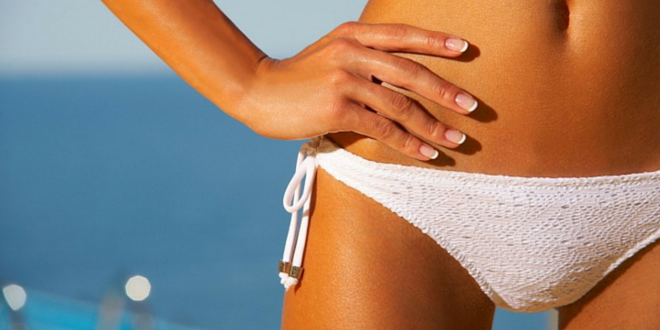 Supermodels, Solariums And The Rise Of Sunless Tanning

Article by Caroline James for The Sydney Morning Herald | www.smh.com.au

The ban on solariums has created a vacuum these moguls are filling.

Regulators have given businesses in the fake tanning game a massive leg up that has driven a mini-boom in the industry.

Commercial solariums were banned in New South Wales, Queensland, Victoria and South Australia on January 1, in a bid to counter Australia’s melanoma death toll. Solariums are not banned in the Northern Territory, however none exist due to lack of demand.

The new laws have created opportunities for beauty salons and other businesses that sell fake tans and associated products.

But despite initially agreeing to answer emailed questions, Hawkins withdrew her interest at the last minute. But plenty of others will talk about the market.

According to Monica Griffin, co-owner of Minx Bronzing and Cosmetics in northern NSW, anecdotally the size of the fake tanning industry has grown this year, partly due to former solarium operators transitioning to fully fledged spray tanning salons and many new faces entering the fake tanning products’ sector.

“Before the ban came out there were a lot of wholesalers selling tanning liquids and solariums and so what has happened is these businesses have had to find other ways to turn over business,” says Griffin, whose business launched in 2009 and today supplies more than 1000 salons nationally with its US-imported spray tanning and home retail products.

“I’d say yes, there has been growth in the fake tanning industry this year and, when [the ban] came into effect, the biggest beneficiaries were the salons closest to solariums so while I don’t think our growth is a direct result of the ban, my business has grown by 15 per cent since the solarium ban.”

Griffin has worked in the beauty industry for more than a decade and says that while unstoppable demand for fake tans has ‘flooded’ the market, businesses quickly sink or swim.

“This is an industry that has a high entry level and a high exit level because there is no regulation, competition is very fierce and beauty is a discretionary spend, which makes it highly price sensitive.”

“There is an evident market appetite for fake tanning but salons that open really have to hit the ground running.”

Fake tan industry figures for Australia do not exist but the US market offers clues as to what is going on.

According to IBISWorld, self-tanning in the US turned over about $US763 million in 2014.

The number of businesses selling sunless-tan products grew about 9 per cent annually between 2009 and 2014 (to 212), and that is without the spectre of outlawing commercial solar beds.

There are evidently big bucks to be made in selling the sun-kissed look.

This year turnover is expected to reach $30 million on the strength of retail sales via Priceline, Woolworths, more than 1000 Superdrug outlets in the UK, and about 300 retail outlets in New Zealand.

They are in the first stages of talking to North American retailers.

The Gen-Y entrepreneurs credit their strong and consistent brand with connecting with their products’ target audience of 18-to-35s via social media – they have almost 170,000 followers on Instagram.

They claim their range of 14 self-tan products is Priceline’s top selling beauty line. They will expand their tanning range by seven more products by September.

James says when Wilson owned his former salon in Port Melbourne, which offered both solarium tans and spray tans, he saw growing demand for spray tans and clients often complained that home-tanning products smelt pungent, their application was messy and results were uneven.

“The catalyst for us was we could see a huge gap between salon-quality tanning solutions and what was available in the self-tanning market,” James says.

“Salon-quality home products were sorely missing … our business was born.”

On maternity leave in 2012, Cotton’s anti-cellulite cream kept rubbing off her fake tan.

“We were both from the beauty industry and she said to me ‘I just don’t understand why they don’t put a tanning agent into cellulite cream’,” Ferguson says.

Nine months of self-funded testing to get the colour just right resulted in Priceline agreeing to stock it. This led to their manufacturer agreeing to mass produce the products, despite Cotton and Ferguson’s lack of funds.

“Our credit cards and mortgages were maxed out … but getting Priceline on board, that was a breakthrough moment.”

In 2014 Skinny Tan turned over about $1.3 million and signed a deal with a multinational.

“This is one of the fastest growing sectors in Australia right now because of the solar ban and our sun consciousness.”

Asked to name Bondi Sands’ rivals, James cites international brand St Tropez and Aussie stalwart Le Tan but says his brand is the bigger local player for Priceline with 42 per cent of its fake tan sales.

“The challenge is a lot of the big brands are coming into the industry looking for ways to diversify into growing markets including Unilever and L’Oreal,” James says. “So you have to continually innovate to stay market leader.”