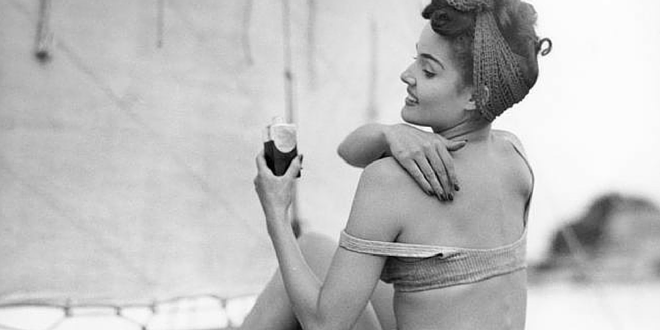 The History Of Tanning

Posted by: All Things Tanning June 8, 2013 Leave a comment

TANNING THROUGH THE AGES

Article by All Things Tanning

From Sun to Solarium to Sunless Tanning, and Supplements

While considered an omnipotent deity by more primitive cultures, the sun was shunned by the gentry of ancient Rome, who used chalk to whiten and erase all colour from their faces. Even centuries later during the Renaissance and Elizabethan eras, a ghostly glow ‘out-ranked’ a bronzed one (as depicted by Cate Blanchett below left, in the 2007 movie Elizabeth: The Golden Age). Women would use lead based white paints to get a pale porcelain complexion, and even drew blue veins on their skin to symbolise their ‘royal blue blood’.

In 1891 John Harvey Kellogg (of ‘Corn Flakes’ fame) created the Incandescent Light Bath or the first sun bed. This prototype tanning bed was marketed to cure several conditions such as gout and eczema, using infrared and visible light. His revolutionary machine was popularised when he shipped two out to the Royal family at Buckingham Palace and Windsor Castle, at the request of Edward VII.

By the turn of the century, when industrial pollution and lack of sufficient sunlight were linked to diseases like Tuberculosis and Rickets, artificial sun lamps were all the rage, giving rise to the birth of Heliotherapy or ‘the sun cure’. Neils R. Finsen won the Nobel Prize in 1903 for his work with curative light therapy, and ‘a healthy tan’ was born when Dr. Auguste Rollier opened the world’s first sun clinic in the Swiss Alps.

Bronzed skin took to the runway when fashion icon Coco Chanel captivated the world in 1923 returning to Paris with glowing golden brown skin, after a Riviera vacation on the Duke of Westminster’s yacht. This was the birth of the fashionable sun tan. Four years later, British Vogue featured the first ever tanned faces on the pages of their magazine.

The middle of the twentieth century marked the beginnings of bronzers. Companies like Max Factor brought beige to brown tinted powders on to the MGM film lot, followed by 20th Century Fox borrowing a faux tanning makeup technique on the set of its 1963 classic Cleopatra. Thanks to the application of cosmetic bronzer, Elizabeth Taylor will forever be remembered as the original beautifully bronzed Queen of the Nile. 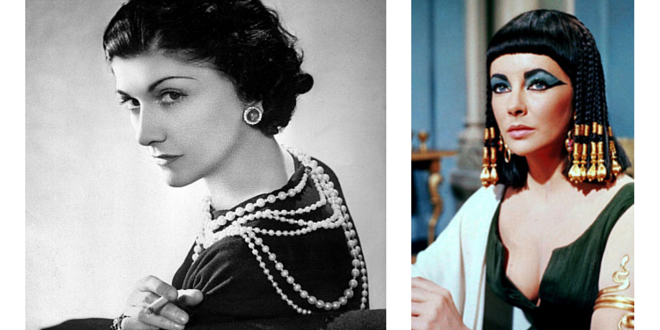 The 60’s also gave rise to the first sunless tanner. Coppertone revolutionised the bronzing business with the launch of Quick Tan or QT in 1960. QT used Dihydroxyacetone (DHA) a compound found in sugar beets that was first used as a treatment for people who had lost their skin pigment. This reacted with the amino acids on the top layer of the skin, transforming pale skin tones to a lovely shade of orangey brown in just 3-5 hours.

In the 70’s an entire generation literally cooked their bodies in the sun using baby oil, tin foil, even vegetable shortening, trying to achieve the darkest tan possible in the summer months. This extreme tanning lifestyle was born from the coveted bronzed auras of stars such as Farrah Fawcett and Bo Derek. Then in 1978 indoor tanning got another big boost. German scientist Friedrich Wolff aka the ‘father of indoor tanning’ stumbled upon the invention of the modern day sun bed while testing the effects of ultraviolet light on athletes. (There was no substantial improvement in ability or endurance for the athletes, just great top-to-toe tans!)

Bronzed glamazons persisted into the 80’s, with the beach-ready bodies of Elle Macpherson, Kathy Ireland, and Christie Brinkley gracing the covers of many a glossy magazine. But decades of careless sun worshipping by an unknowing public had taken their toll with increased rates of skin cancer being linked back to tanning. Under the US Carter administration, the FDA developed the first regulations on SPF ratings, a system that indicates a sunscreen’s effectiveness at blocking out UVB rays. Those rules remain in place today. The first SPF15 was introduced in 1986, a year after the American Academy of Dermatology became the first medical society to warn the public about the dangers of overexposure to the sun. SPF30 didn’t come around until the 90’s, when the issue of photoaging and photo damage – that is wrinkles caused by deep penetrating UVA rays – began receiving attention. Soon, being pale was a popular choice once again.

Indoor tanning remained a carefree pastime until 2009, when the World Health Organization placed UV tanning beds on it’s list of the most cancer-causing substances and habits, alongside arsenic, asbestos, and mustard gas. A series of ‘teen tan bans’, taxes on tanning salons, or proposed complete bans of tanning beds followed around the world, leaving UV tanaholics with much to think about.

Over the last 5 years despite ongoing controversies with UV tanning skin cancer links, and more recent news reports of possible dangers with ingestion of sunless tanning DHA, sales are booming in the sunless tanning product and supplement industries, and the beaches are still covered with sun worshippers on hot summer days. New research suggests that sunbathing without SPF protection may in fact be good for you after all. Low vitamin D levels are almost epidemic, even Gwyneth Paltrow has publicly admitted to low bone density caused by a ‘D’ deficiency, and some medical experts now suggest that purposeful, controlled sun exposure in the summer months can boost overall health. (SOURCE: style.com)

Today there are many options for sceptics who want the natural looking bronze but not the UV. Sunless tanning products – ‘fake tans’ (similar to Coppertone’s breakthrough QT product launched in the 60’s) can be applied to the skin in the form of self tanning products for use at home (creams, lotions, gels, mousses, sprays), and spray tanning solutions applied by tanning professionals using high pressure airbrush/HVLP systems in salons. Both home and professional sunless tans are available as temporary wash-off tans, or developing tans using more advanced DHA formulations than the ‘orange’ tinged ones of earlier decades. Developing tans last 7-10 days and fade off with the skin’s natural process of shedding dead skin cells. Automatic sunless spray tanning booths are also popular for salon tanning. Alternatively there is a vast array of powder bronzer colours on the market today.

The last decade has also seen the mainstream emergence of a few very different methods of tanning – ‘tanning from the inside out’. Many tanning pills and injections have not been approved as safe for use as tanning supplements, so do your research on their ingredients! Some tanning pills contain Canthaxanthin, a carotenoid in a class of yellow to red pigments used to colour foods, and although the FDA (Food and Drug Administration) has approved the use of Canthaxanthin in food, it has not approved it’s use as a tanning agent. Not only does the FDA not approve of these tanning pills, but it also went to court in 1989 to prevent their distribution. When used as a colour additive, only small amounts of Canthaxanthin are required. As a tanning agent however, larger quantities are used, which can have harmful side effects.

Injectable tanning supplements such as Melanotan contain peptides which have the ability to heighten the body’s production of melanin, the pigment that gives tanned skin its golden hue – especially when used in conjunction with UV tanning, thus creating a deeper darker tan. Various forms of oral liquids and other tan ‘enhancing’ pills may contain combinations of Beta-Carotene, Lycopene, Vitamin E, and Vitamin C, which have also been shown to increase the body’s natural production of melanin (without the side effects of Melanotan), plus many of these include ingestible antioxidants to help protect the skin from free radical damage.

Whether to tan or not to tan is a matter of personal taste. If you are a tan fan make the choice that is right for you, and remember safety first!